Jeremiah McLane and Timothy Cummings are a high-powered, one-of-a-kind, Vermont-based duo who share music rooted in the traditional dance repertoire of Northern Europe. Masters of the piano accordion and quieter, bellows-blown bagpipes, they create a beguiling, and at times orchestral, blend which utterly subverts the common stereotypes of their Old World instruments. McLane and Cummings —affectionately nicknamed "Wheezer & Squeezer"— most often draw from an 'Auld Alliance' repertoire that includes bourrées from central France, the hanter dro from Brittany, triple-time hornpipes from the Scottish Border region, and compelling originals reflecting these influences.

In 2017 Alex Kehler joined them as a guest collaborator, adding a plethora of strings to this reedy duo. Hailing from the Eastern Townships of Québec, Alex deepens the French connection to their 'Auld Alliance', as well as introducing Scandinavian flare with fiddle, Swedish nyckelharpa, and låtmandola. 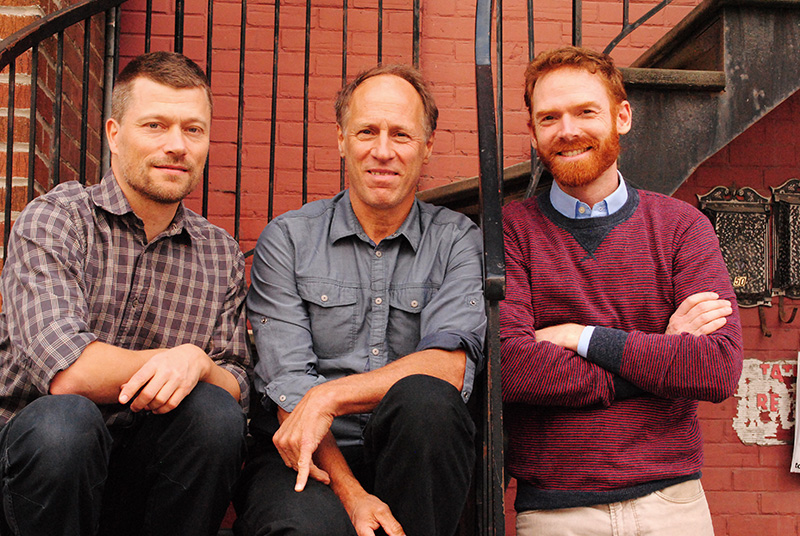 As a trio, their performances are unified by their zeal and musical craftsmanship, and punctuated with brief commentary on the music and their instruments. Now known as Triton, this rare, captivating ensemble inspires both feet and spirits to dance, and is simply not to be missed.

Tim and Jeremiah have collaborated with filmmaker Finn Yarbrough to produce their first official music video. 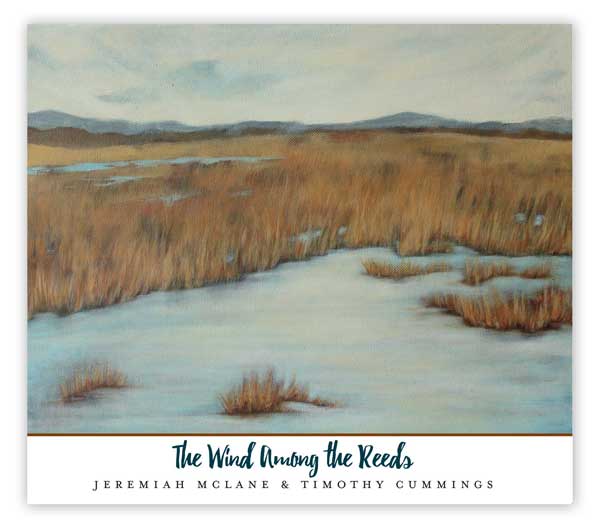 
(You can use your credit card if you don't have a PayPal account.)

Jeremiah McLane and Timothy Cummings present a rare and masterful Old World blend of traditional dance repertoire from Brittany, central France, and the British Isles, as well as original compositions inspired by dance forms from these regions. 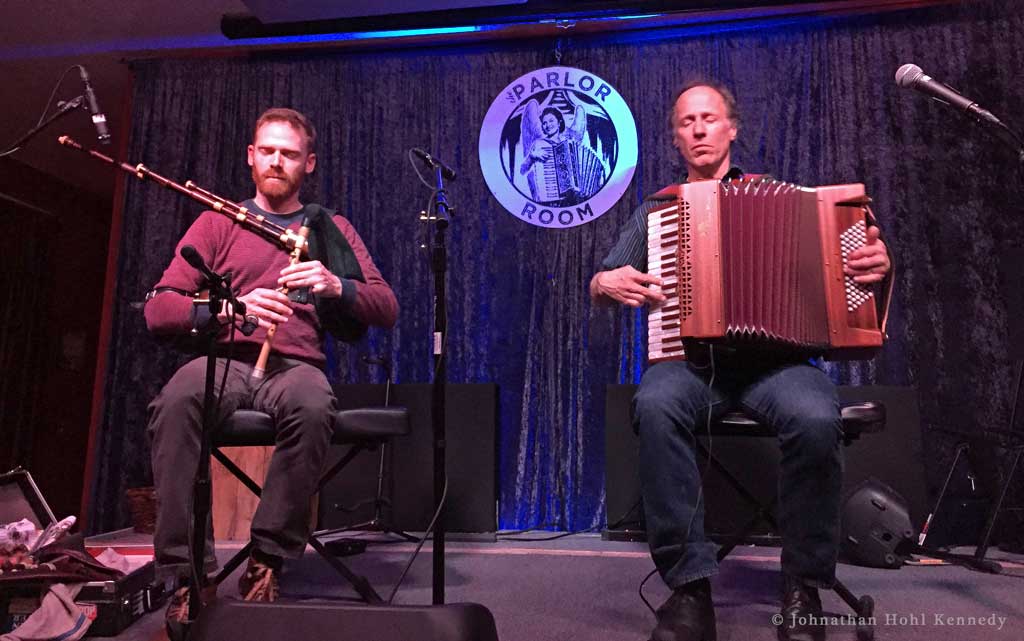 Played throughout the world, both the accordion and bagpipe are found at the center of multiple and diverse genres of traditional music. They also share the simple fact that their sound comes from pressurized air passing through reeds: cane reeds for the bagpipe, and steel reeds for the accordion.

Today’s bagpipe, with its organic materials and old-world craft of reed manipulation, is hardly different from its medieval ancestors —in many ways it is a relic from antiquity. A microtonal instrument freed from the restrictions of equal temperament, it can sound startlingly raw and primeval to the uninitiated. To those who know and love the instrument, the pipes can also be haunting, ethereal, and melancholic. And though it is severely limited in terms of its melodic range and lack of dynamics, the bagpipe nonetheless finds expressiveness in its variations of tone, articulation, and ornamentation. 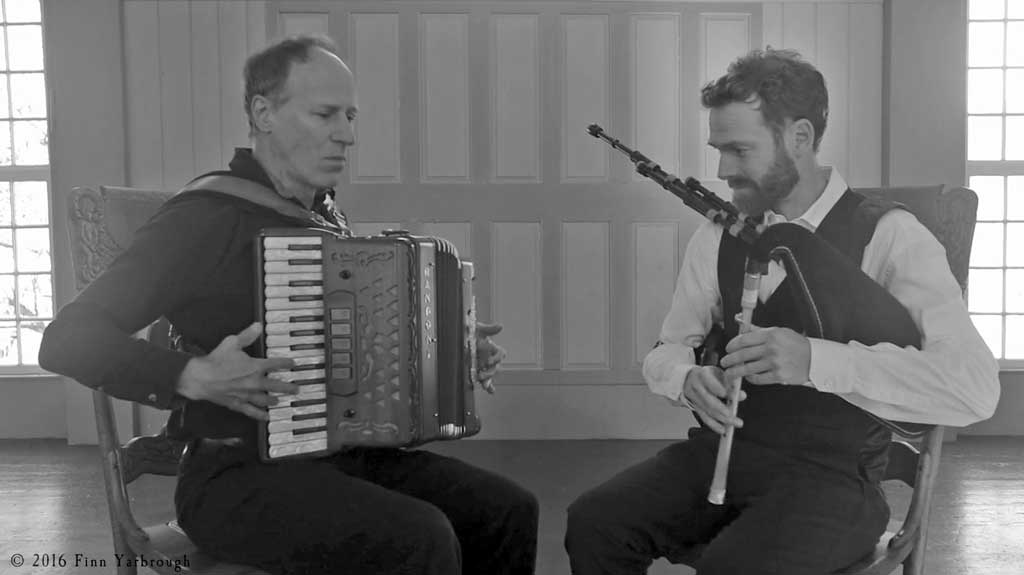 The piano accordion (a modern cousin of older button accordions) is orchestral at its heart, with two completely separate and unrelated systems of note production —one for each hand. It is fully chromatic, with multiple switches for different combinations of reeds. This might appear to give the accordion greater flexibility over the bagpipe; yet the accordion is limited by a system of chordal accompaniment based on restrictive preset triads (not unlike the autoharp), and lacks the pitch bending capacity of the bagpipe. Thus the accordion’s limitations complement those of the bagpipe.

Jeremiah McLane and Timothy Cummings not only expand beyond the typical boundaries of their instruments and the musical traditions they embrace, they also seamlessly blend the timbres of their instruments. In their hands the accordion and bagpipe also unite harmony, rhythm, melody and texture into an exhilarating whole that is significantly greater than the sum of its parts. 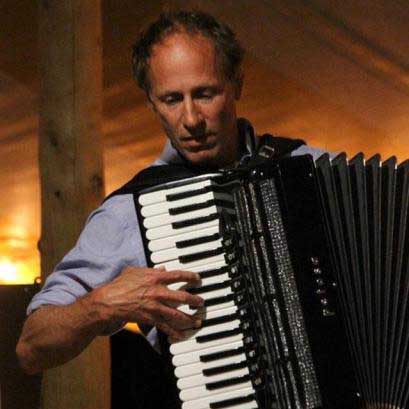 Jeremiah is a composer, accordionist, pianist and teacher with a diverse musical background including blues, jazz, Celtic, Québécois, French and other roots influenced music. In the early 1990s he formed The Clayfoot Strutters and Nightingale, two bands that have helped shape the sound of traditional New England roots music. 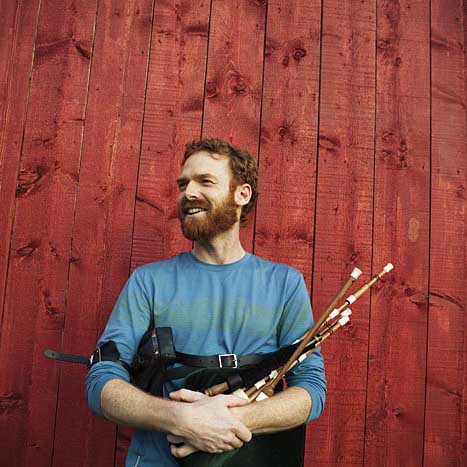 Tim is a Vermont-based composer and multi-instrumentalist (chiefly a piper) who enjoys an uncommonly diverse repertoire. His music spans from contemporary and sacred music to the traditional melodies of the British Isles, Appalachia, Cape Breton, Brittany, and beyond.

Please feel free to contact us about this project using the form below.